Character comedy, dance and Latin beats guide you deep into a surreal, queer, immigrant wonderland. This show is about coming out. As an immigrant whose home is being destroyed, as a pansexual in a Latin family and as a clown in a world where people are afraid of clowns. Brave, joyful, fiery! A show full of insights into gender boundaries, politics and human magic.

If you want to come with us, book your tickets for Friday 19th July at 8.30pm here: https://casafestival.org.uk/project/butchprincesa 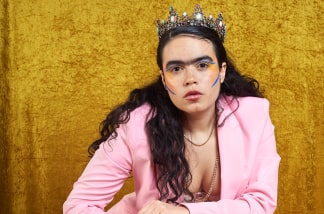